The conference which aimed at critically addressing different prevention options especially the primary prevention against legalization approach in the West African region was declared open by the Honourable Commissioner for Youth and Social Development, Lagos State who was represented by Mrs Taiwo Fibisola, Director of Planning and Programme. A total of 5 paper presentations, 3 workshops, 3 panel of discussions and 2 goodwill messages was recorded. Goodwill messages were received from the Senior Special Assistant to the President on Sustainable Development Goals, SDGs, Secretary General of World Federation against Drugs, Chairman of National Drug Law Enforcement Agency and the President of ISSUP, Nigerian Chapter,

Three honorary awards were presented to the founder Smart International and promoter of Contract concept of prevention, Slim Liden, the Board Chair, Smart International Ms Ajda Asgari and Mr Soheil Asgari for their outstanding contributions in the global campaign against drug and substance abuse through prevention approach. Ajda Asgari and Soheil Asgari received standing ovation for their courage in braving the odds to attend the conference despite the global health challenge caused by COVID 19.

The participants thanked the host organization, African Youths Initiative on Crime Prevention and their partners, Smart International, Sweden for hosting the all-important conference which is focused to protect the child and other young people.

The organizers acknowledged the presence and support of the Office of the Senior Special Assistant to the President on Sustainable Development Goals, SDGs, National Drug Law Enforcement Agency, NDLEA, The National Agency for Food and Drug Administration and Control of Nigeria, Lagos State Government, World Federation against Drugs, International Society for Substance Use Practitioners, International Centre for Leadership Development, PADDY Foundation, Community Agenda for Peace, United Religious Initiative, Healthy Thinking International and Impact Her World Africa. The organizers also acknowledged the apologies of the United Nations Office on Drug and Crime and The Bureau of International Narcotics and Law Enforcement Affairs (INL) for their inability to participate due to the outbreak of corona virus (COVID 19).

Sequel to the above observations, the under listed recommendations are hereby made. 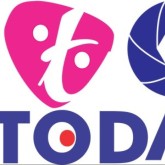